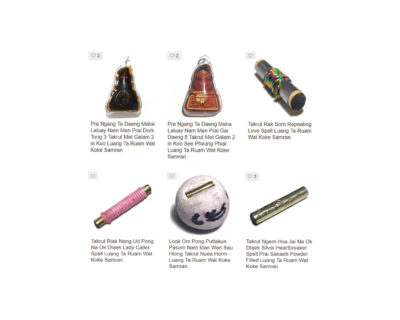 Buddhist Amulet Store is gearing up to begin to increase the choice of amulets for 2018 in a big way. This Month sees some new additions of Phra Ngang, Takrut and other Thai Occult amulets from Luang Ta Ruam of Wat Koke Samran, and to warm up with as we now begin to speed up increasing the inventory of Buddhist Amulets and Occult Charms for you to choose from, and bring you a wider choice of Masters and Types of amulets. 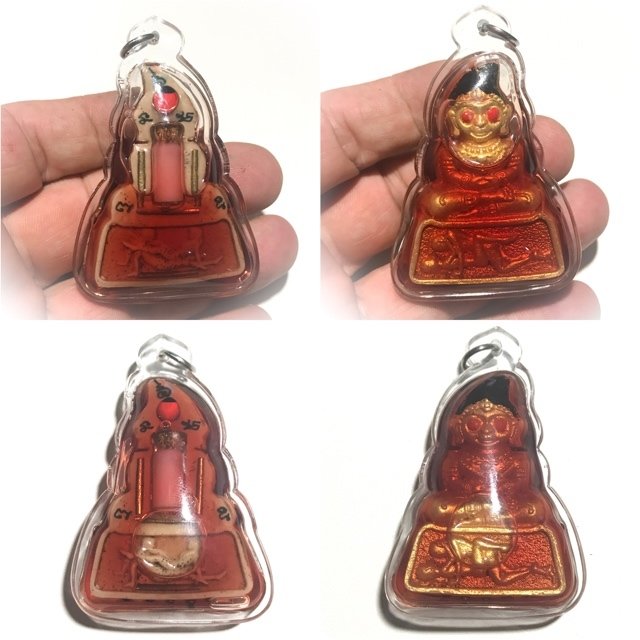 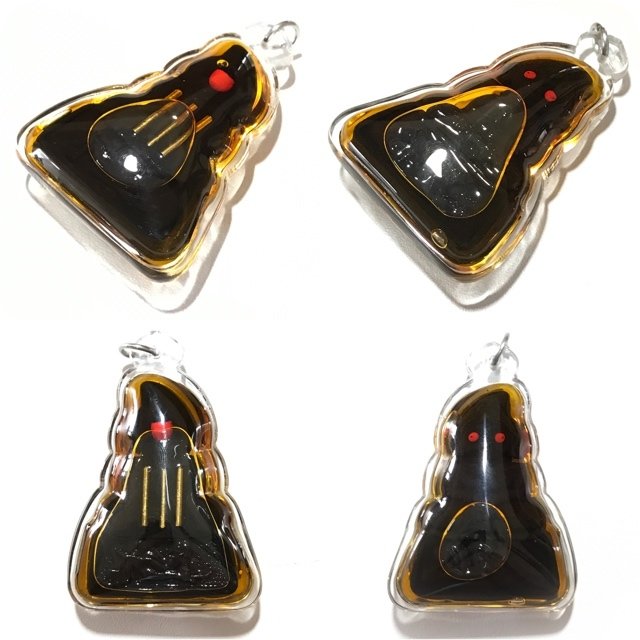 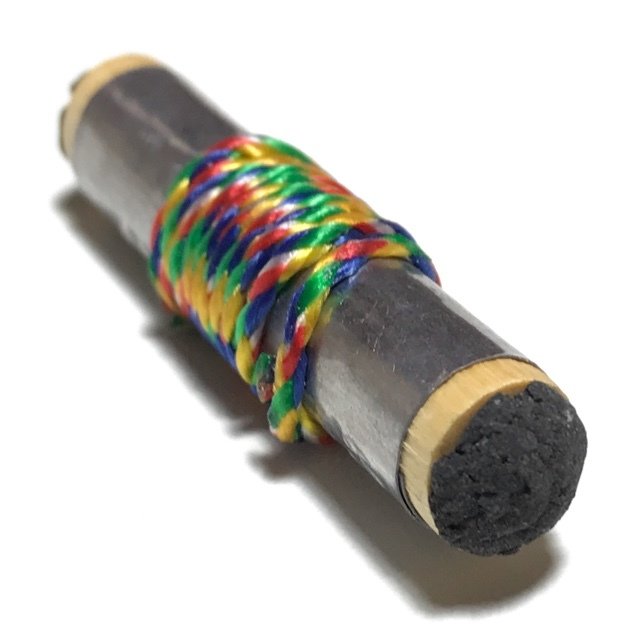 Apart from the amulets of Luang Ta Ruam, we now have a new range of amulets preparing to be added during the coming two weeks which will bring the store a host of new additions ranging from purely Buddhist amulets to Dark Arts Occult Charms. So don’t forget to check back every few days to see the new arrivals during the next weeks. 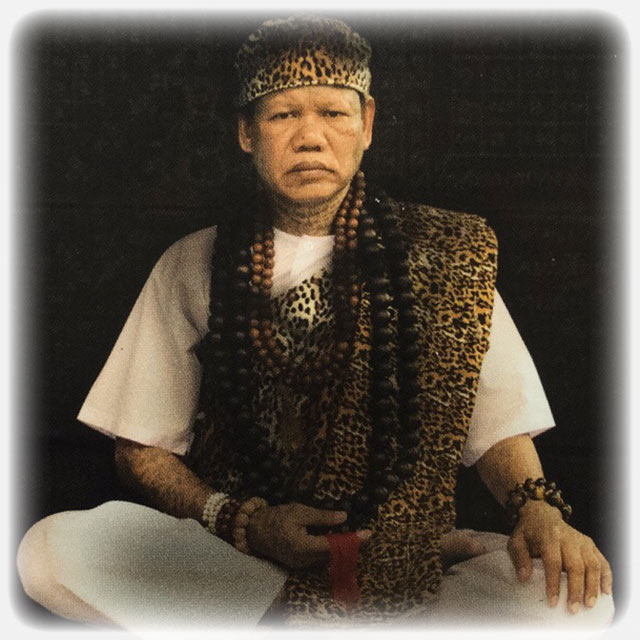 Pra Ngang is the commonly known name for an amulet which has carried mystery and left people with unanswered questions for generations. The information available in literature and the internet is almost non existent, and very few people including some of the Masters who make Pra Ngang amulets, know the truth about the origins, nature, and method of worship for this Deity. 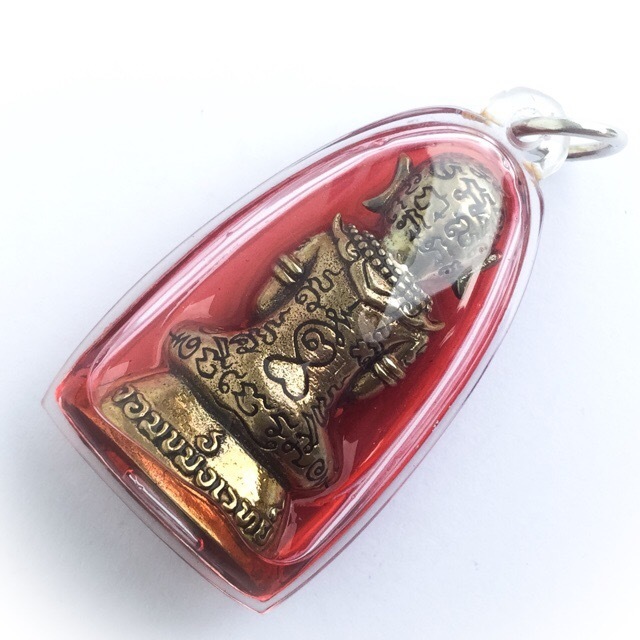 The Pra Ngang is the name given for a varied pantheon of similar looking Deity images which have slight differences in their shape and appearance, as well as their ceremonial dress or peripherals (such as hats or crowns and head dresses). 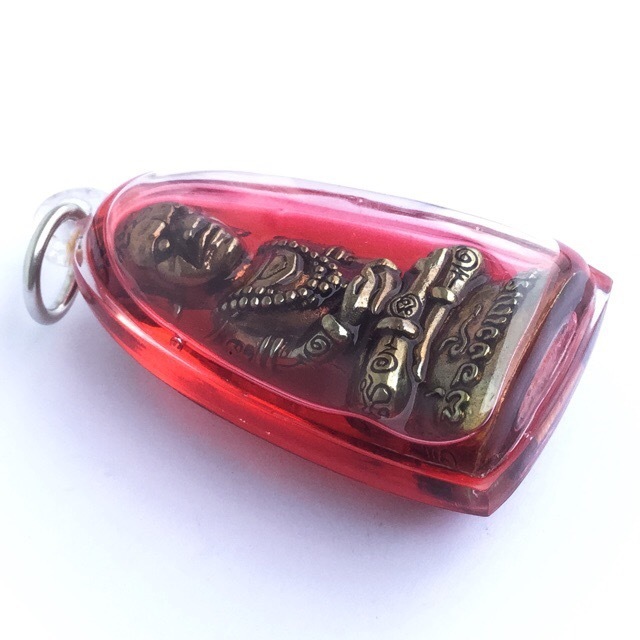 The Pra Ngang has many versions and also has had many names which seem to have now been all amalgamated under the on name of Pra Ngang.

This image has also been called other names such as; Pra Ngaam, Ai Bper, Mae Ngaam, Ai Ngang, Pra Rerk and Pra Chai Mae Ngang (female version) and Ngang Ta Daeng (red eyed Ngang) amongst other names. Some have red eyes and others not. There are many Animist Charms that are related to Pra Ngang, such as the Pra Sri Salaeng Ngaeng, Por Bper, and Por Ngad. 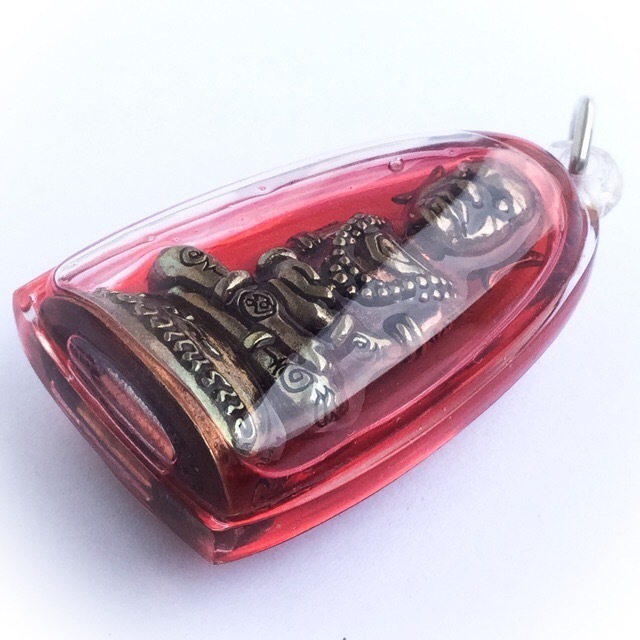 It has been a Decade since people have been able to see amulets from Ajarn Naen Air appear on the scene, due to his long period of incarceration, for practicing High necromancy as an Ordained Buddhist Monk, in 2548 BE, which is of course against the Buddhist Vinaya. Since his return, he has limited his practices to forms of Wicha which do not transgress the Buddha Dhamma, and concentrated on Metta Maha Niyom and Maha Sanaeh Magic using Herbal Ingredients and Sacred Powders, and other rare forms of Muan Sarn Magical ingredients. 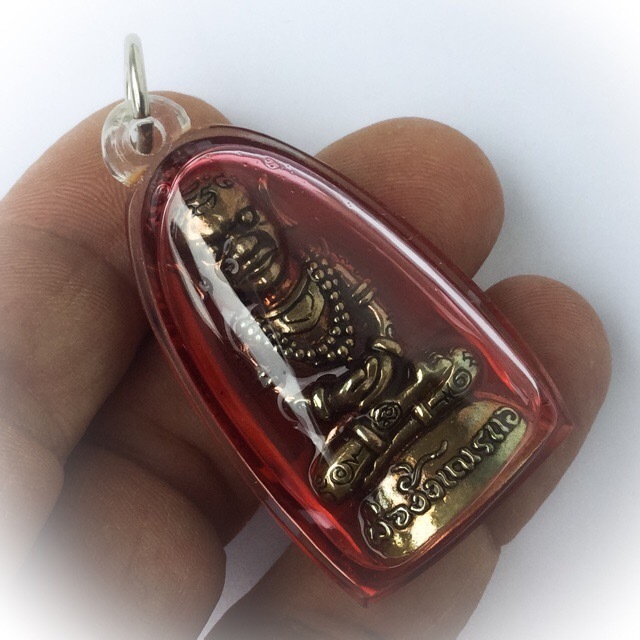 Naen Air is once more in the news for Getting Himself Involved in Tantric Sex Magick, which is forbidden in Thailand in the form in which he committed the act. His morality has been in question on various occasions, but his power and prowess in Wicha Saiyasart (Sorcery) Have never come into question. 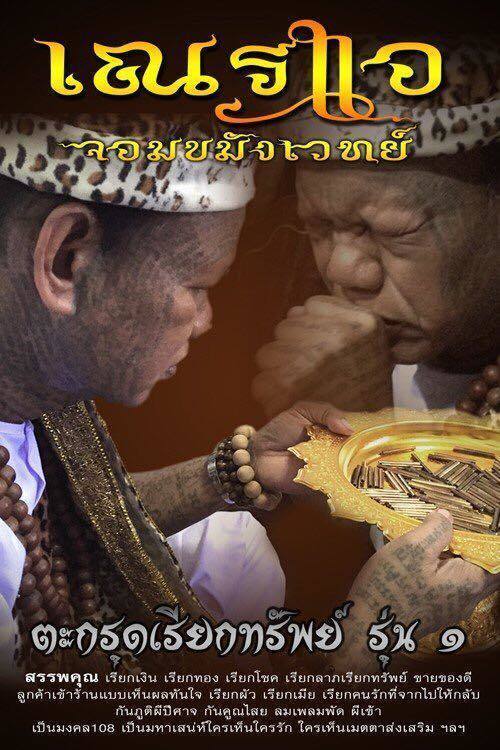 Naen Air does not reveal the secret formulas or ingredients in his Potions, for he deems it irrelevant to reveal to the user what his methods are, if what the user wishes is for the potion to be powerful, and to bring a noticeable magical effect. 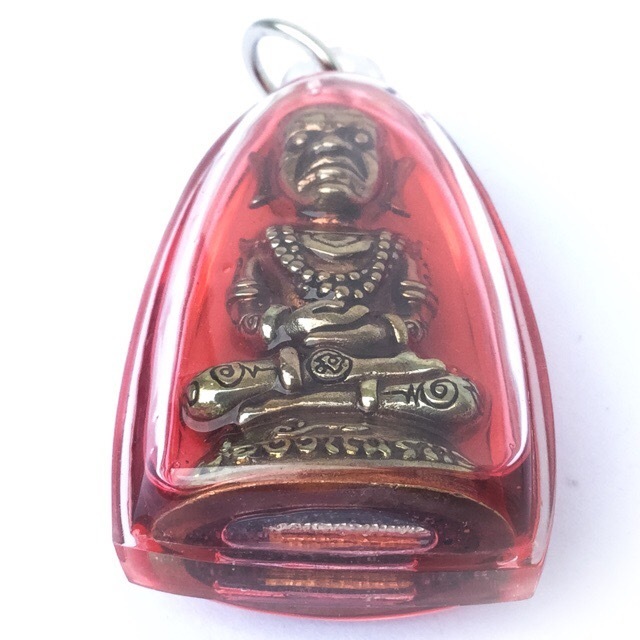 2 Takrut Spells for Maha Lap and Maha Sanaeh are inserted into the base, which is filled with Necromantic Prai Powders 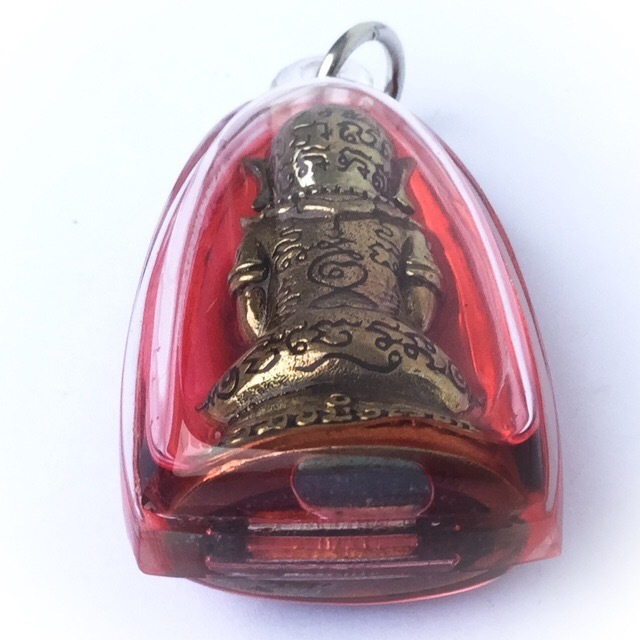 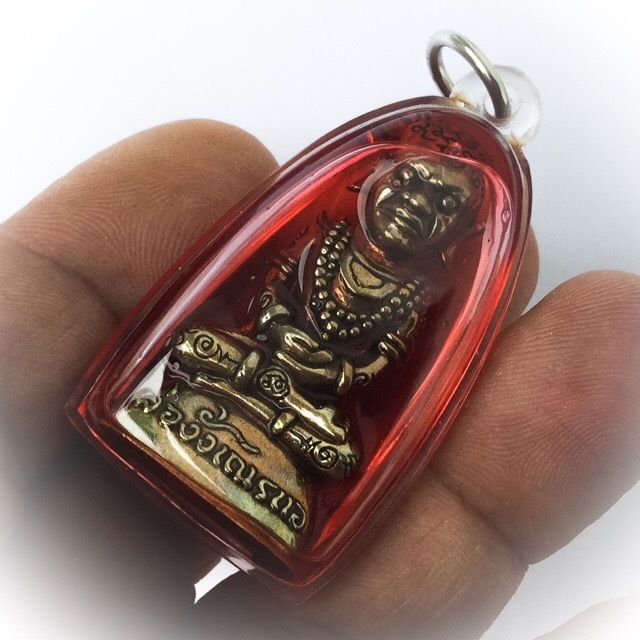 How to Worship the Pra Ngang Deity

Once you have received your Ngang statue or amulet, you must find a place for him to reside in within your home. But do not raise him up on the ‘Hing Pra’ (a high small altar on the wall used in Thailand for Buddha images) or the Bucha table (altar). You can make a small altar on a lower position and slightly away from the Buddha. He can also be given the drawer for ladies underwear in the bedroom to live in, because he likes it.

One common practice is to take the underwear of a Lady which has been worn and not washed, and use it to wrap him in them as a blanket or covering. You must give him fresh water every day in a glass, and when you change the water, do not fill the half full cup mixing it with the old water. You must take the used water and throw it in front of the house, and then wash the glass or goblet and only then refill it with fresh water. 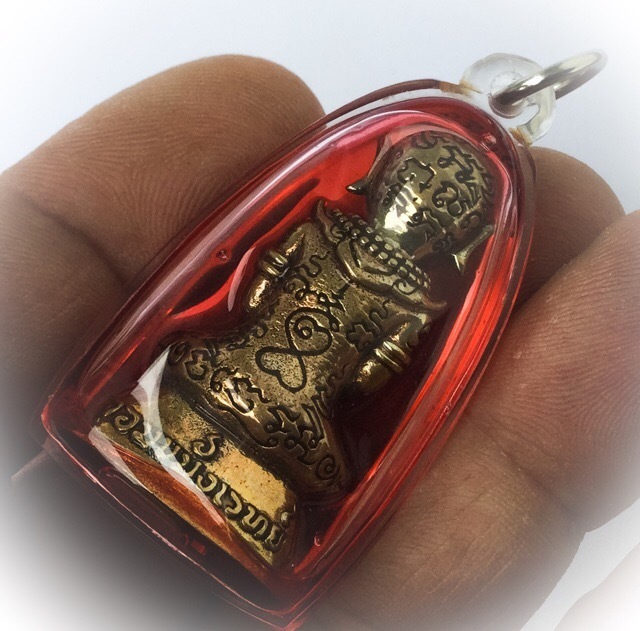 It must be pure water (meaning that no one must have touched it before, or drank from that container). It is perhaps advisable to have fresh mineral water in his own personal bottle which you can use for him and nobody else. Offer him in the evenings before sleeping, but you must also bathe and clean your body first. 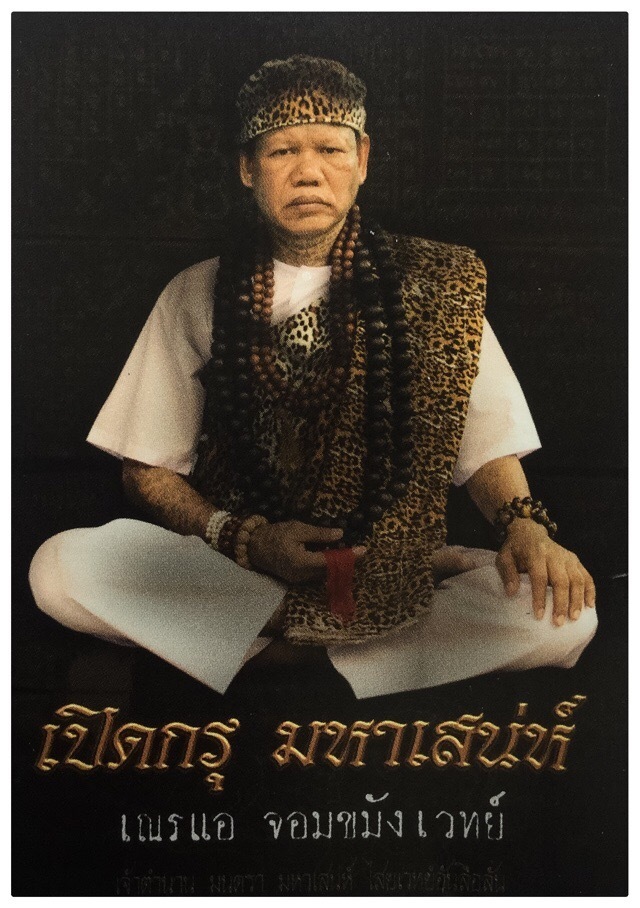 Offer the Ngang fruits or sweets and cakes is a fine offering for the Ngang. On Buddhist Holy days, you must arrange 5 sticks of incense, One pair of white candles, flowers and ‘Krueang Sen’ (traditional offerings) and offer them to the Ngang. Any kind of flower is fine except for Lotus flower, which is forbidden to offer to the Pra Ngang.

If you are poor and cant afford to give foods, then simply offer the glass of water. You must not leave him without water. Water cannot be overlooked. For a more complete offering, 5 sets of betel and Areca nut for chewing and two cigarettes is traditional. If you are in Malaysia or Singapore, you can get Betel nut and Areca from the Indian or Tamil Hindu stores to offer the Ngang. 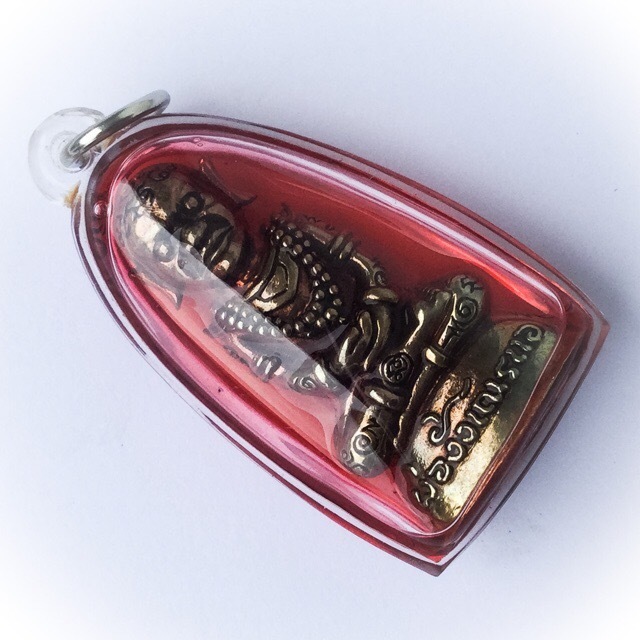 Taking the Ngang amulet with you

It is forbidden to wear the Ngang around your neck like a Buddha amulet. It can be carried in your trouser pocket. When you are going to look for Ladies, or to get someone to help you, you must carry the Ngang in your front trouser pocket. If it is in the back pocket, you will fail to seduce the Lady, because they are facing the opposite ways. If you are trying to escape somebody, or are in danger, then you must carry the Ngang in your pocket. The Ngang will keep you safe from harms way. 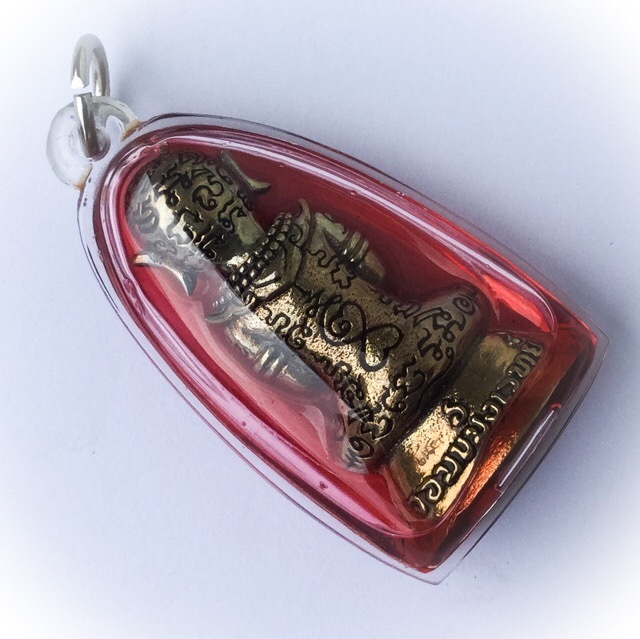 When you are going to have sex with a woman, you must let the Ngang go first. You do this by rubbing against the ladies private parts with the Ngang in your trousers until she is excited, and some of her fluids or aromas can rub against the Ngang’s body. Once you have done this, then you can have your way with her. This is his reward for allowing you to seduce her to the point where she will let you approach. 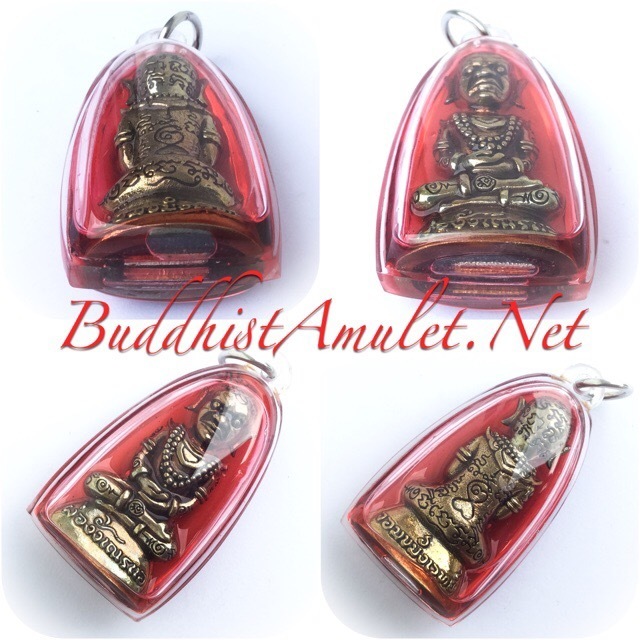