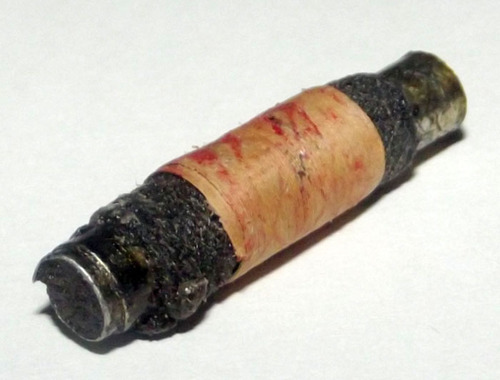 The Takrut Maha Sanaeh Taep Ramjun Tewada Long Hong is made by Luang Phu Kamjun who empowered the takrut for the full Dtraimas period of three months in the year 2555 BE. As the name already suggests, the takrut features the magic spell of the ‘dancing deva getting lost in the wrong bedroom’.

Luang Phu Kamjun’s Takrut Maha Sanaeh Taep Ramjun Tewada Long Hong is a master wicha with four different spells inside it: (1) metta; (2) mahaniyom; (3) choke lap; and (4) maha laluay. These four magical spells cause the takrut to function as very powerful attraction charm, as well as a means to get rich quick. 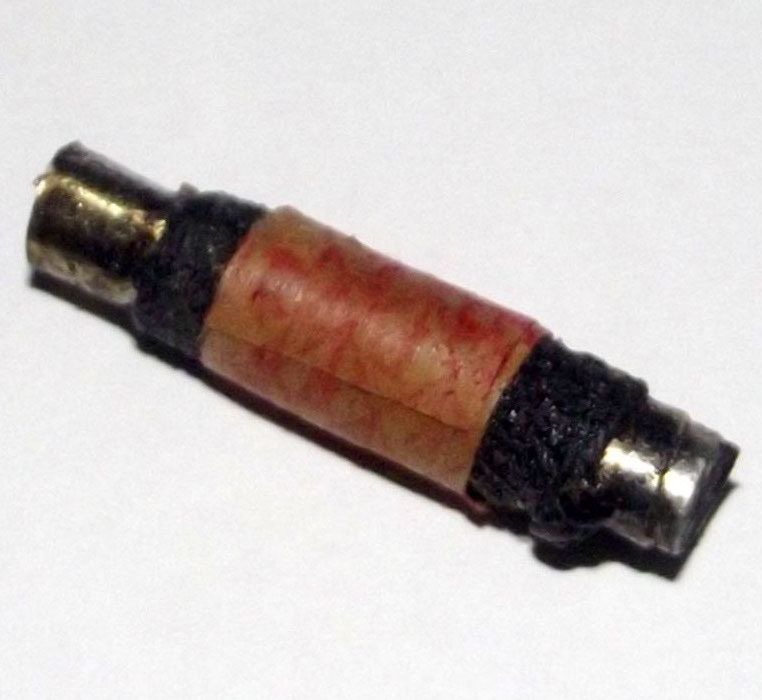 As to its sacred ingredients, the takrut is stuffed full of various kinds of magic powders, such as wan prai dam, which contains tremendously powerful siang choke magic, making the takrut thereby extremely useful for purposes like gambling, or other kinds of games in which a certain level of risk is involved. Next, pong prai takian, which consist of sacred powders taken from the golden Takian tree with the Nang Prai Mae Takian Tong deva inhabiting. The magical aspects of the pong prai takian powder are metta mahaniyom and choke lap, meaning that the takrut will increase one’s chances of winning the lottery. And to add the qualities of maha sanaeh and metta to the takrut, pong prai thani powders from a Thani banana tree inhabited by the prai Thani tree deva spirit, was also included to the sacred ingredients. 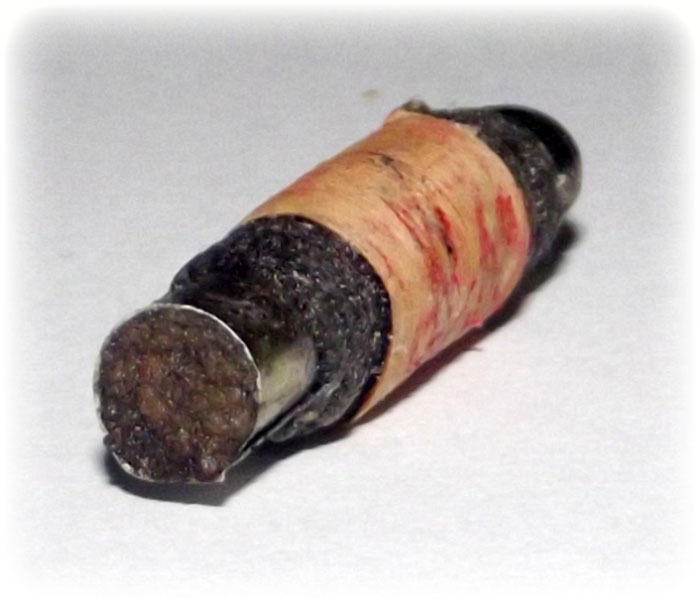 Lastly, Luang Phu Kamjun also used pong prai wan dork tong, which are powders of a rare forest plant that blooms once a year with one flower only, and is believed to contain extremely powerful aspects of maha sanaeh. The combination of these pong prai powders was then mixed together with five kinds of wan sanaeh jan herbs, thereby making this takrut a most powerful attraction charm. 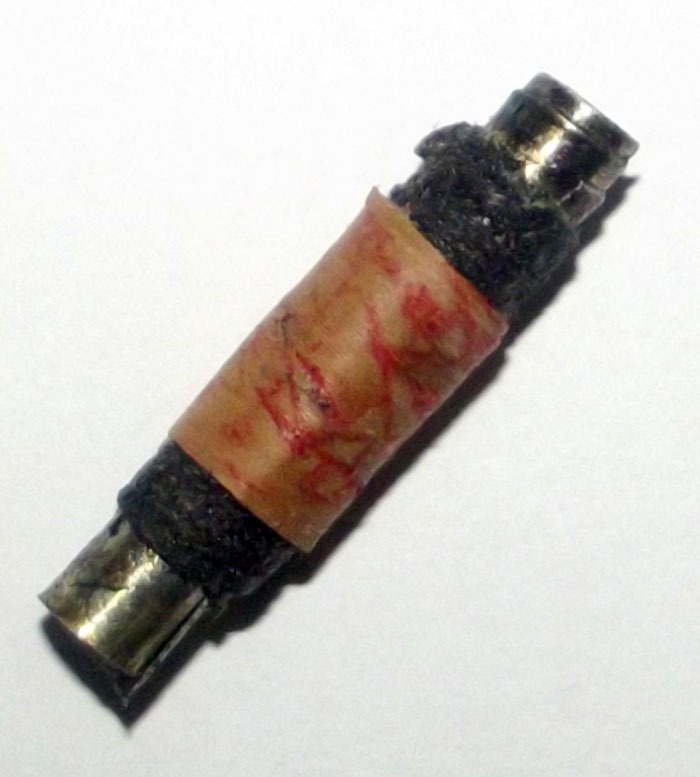 Each takrut is hand inscribed with two different yantra spells, namely montr tewada long hong (magic spell of the ‘deva getting lost in the wrong bedroom’) and montr taep ram jun (‘dancing deva‘ enchantment charm). After this, the takrut was wrapped with ‘bai don thani dtaek nuea sao dtaai prai yord aathan’, i.e. a leaf from the Thani banana tree in which a prai ghost resided, which is considered very powerful to increase the maha lap aspects that can be used for gambling and lottery winning. Then, Luang Phu Kamjun wrapped the leaf with ‘chuak sao prommajaari’, the white cords of a virgin maiden, and added five hundred different incantations to this takrut over a draimas period of three months consecutively, during which he performed the ritual empowerment every night. 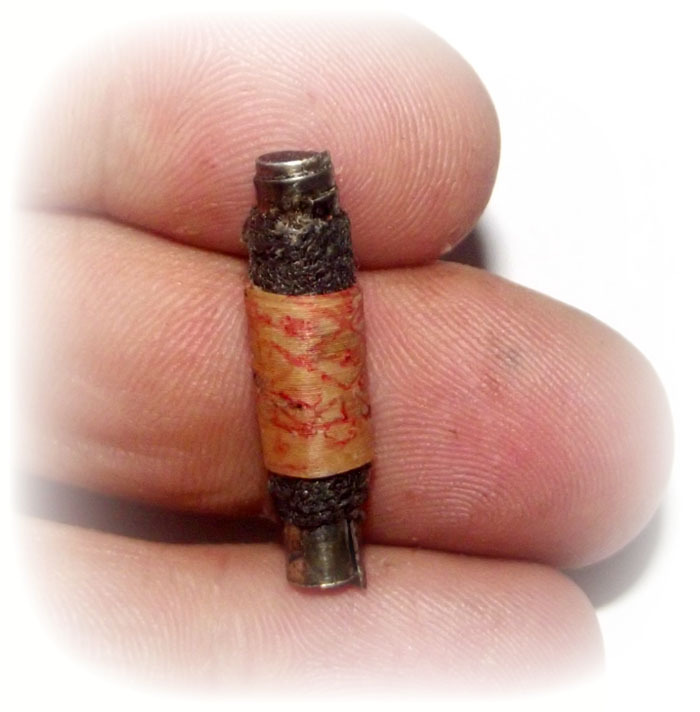 For maximum effect, the kata should be chanted fifteen times.