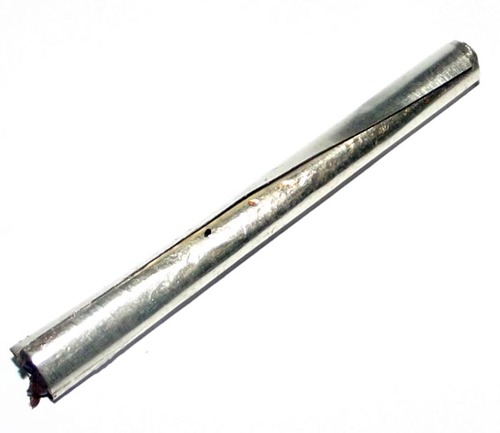 As the name already suggests, this takrut features ‘yant na ok dtaek ud pong sanaeh’; a yantra spell which is considered to be one of the most powerful sources of maha sanaeh magic. This means that the magical effects of the takrut yant na ok dtaek ud pong sanaeh function primarily as an effective love charm. In this way, then, people can easily become enchanted by the yantra spell within this takrut, causing them to think of no one else but you since they cannot get you out of their mind. Hence, the main purpose of using this takrut is aimed at binding the hearts of two lovers so as to seal their relationship. However, inducing a relationship between two lovers is not the only thing this takrut can be used for. Its magical effects are also very good for enhancing one’s social relationships. For instance, one may notice that one’s colleagues really like you, or simply that you gain some form of popularity in one way or another. Phu Sariang’s takrut yant na ok dtaek ud pong sanaeh can be worn around the waist, in a pocket, or anywhere else from the waist upwards. It should be noted, however, that there is no risk of disturbance by the prai ghosts that reside within the takrut, for these spirits where not forced or bound; they came by free will. If one immerses the takrut in water, and one gives this water to one’s lover to drink, he or she will then fall hopelessly in love with you. The kata should be chanted repeatedly until one feels that the magic powers truly have taken effect.