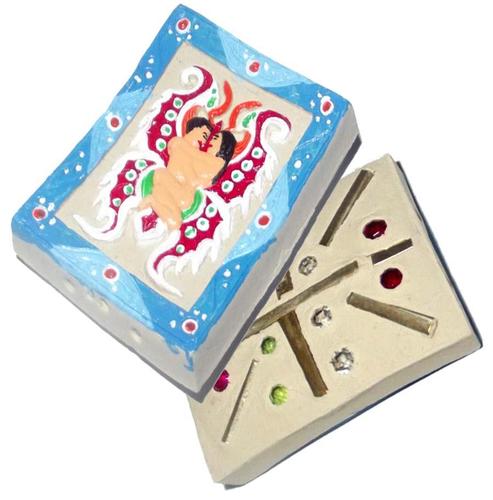 This amulet represents a symbiotic deity called In Koo. The in koo is depicted in the form of a naked male and a female embracing each other. It is believed that this animist deity symbolizes the very first couple that ever lived on this earth. The in koo can therefore also be considered an important symbol of love between a man and woman. 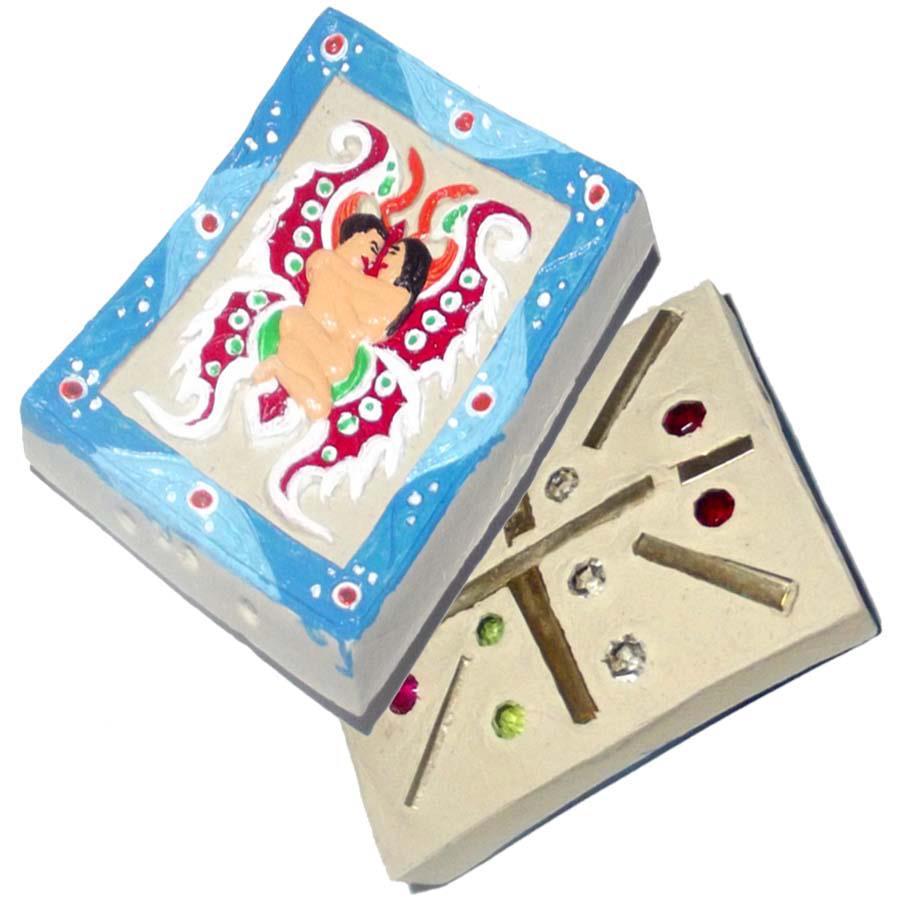 The in koo on the front face of the ongk kroo version is carried by a colorful butterfly (red/green or blue/red) depicted in either a blue or pink colored square frame. The back side, however, has nine takrut and twelve sacred gems inserted in it. And on the base it shows the edition stamp as well as the code number of the limited edition.

The magical effects of the in koo are: maha laluay (charm and attraction); maha sanaeh (enchantment); kong grapan (protection); gan kun sai (anti black magic); and metta mahaniyom (mercy). Yet this particular In Koo Plod Rak Ongk Kroo amulet has especially powerful maha sanaeh effects. The in koo thus works as an effective love charm, which can be used to attract the opposite sex. How to worship and chant Kata for In Koo/Yin Tong – What is the In Koo?